There is no better way to start a New Year than having a wedding. Henny and Handy decided to tie the knot on the 2nd day of January 2011. That year I had to skip my tradition of watching The Rose Parade, instead I spent my new year at the warehouse in Atlanta.  No regret tho, the result was worth the sacrifice. 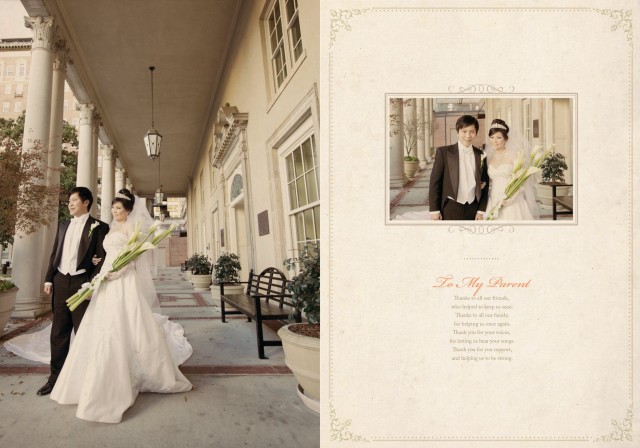 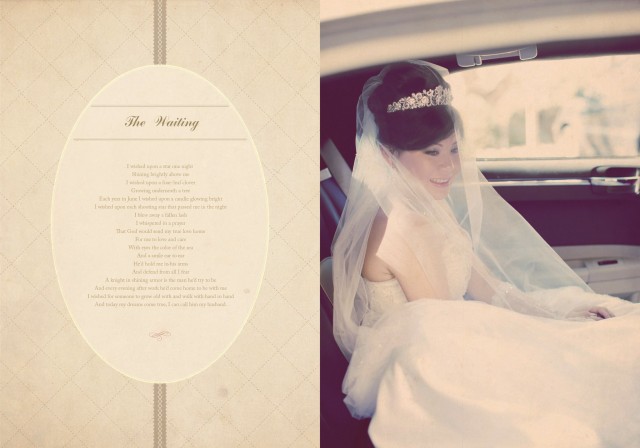 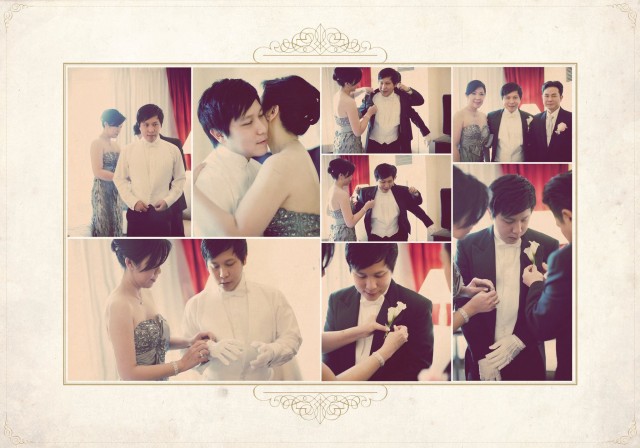 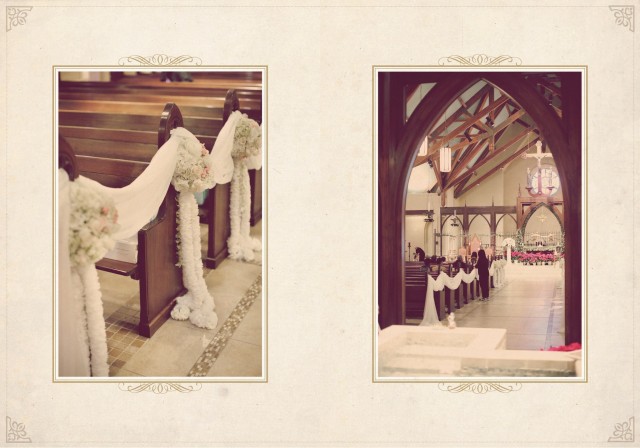 The reception was held in Biltmore Estate, Atlanta. I really love the ballroom architecture. Without doing so much the room looks good already. However, we added a chiffon backdrop on the stage to cover the windows and a giant picture of the newly wed which was revealed when they did the Grand Entrance. 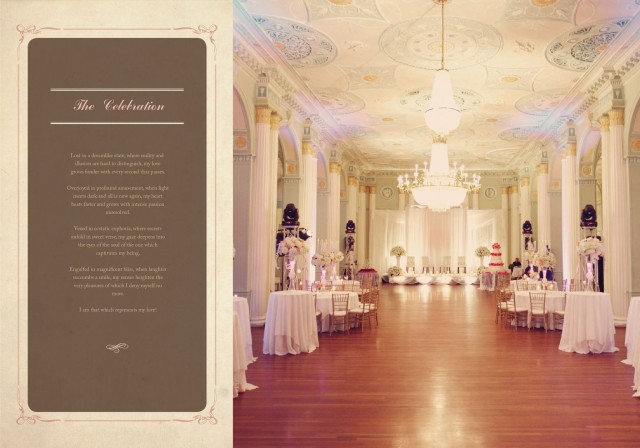 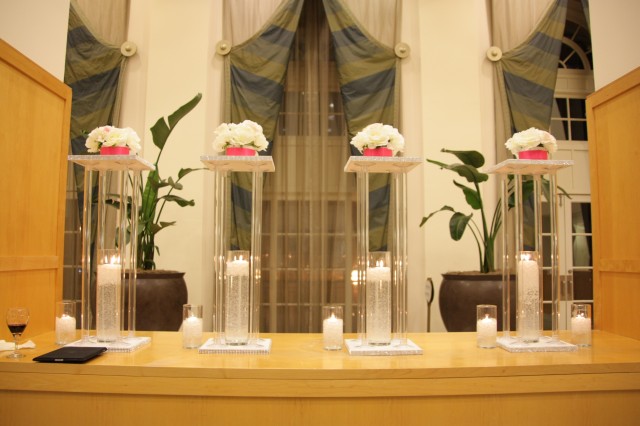 Decorations at the Lobby 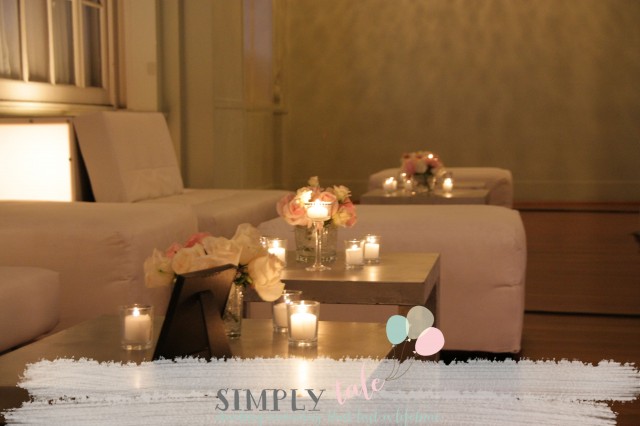 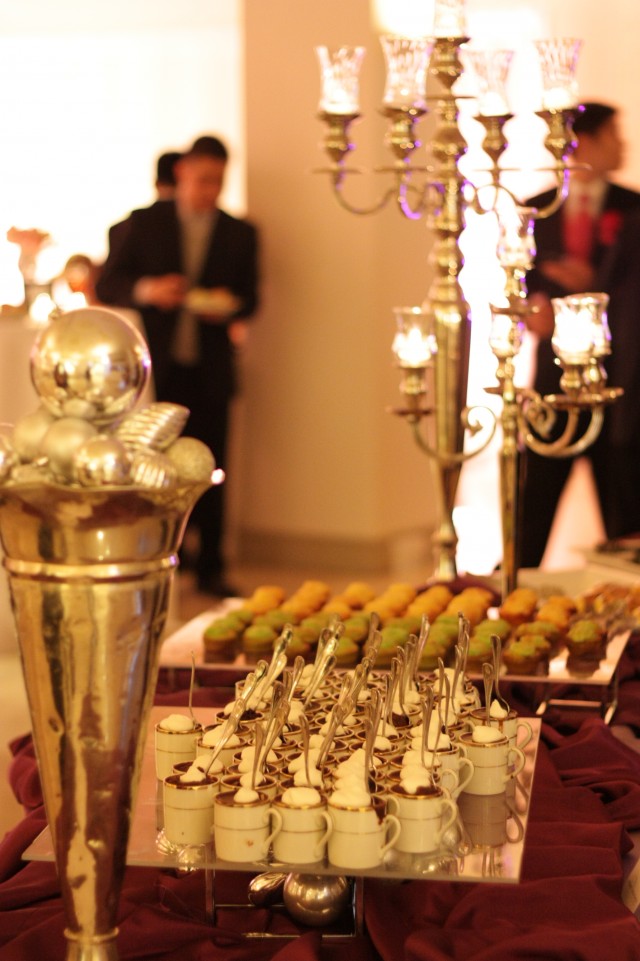 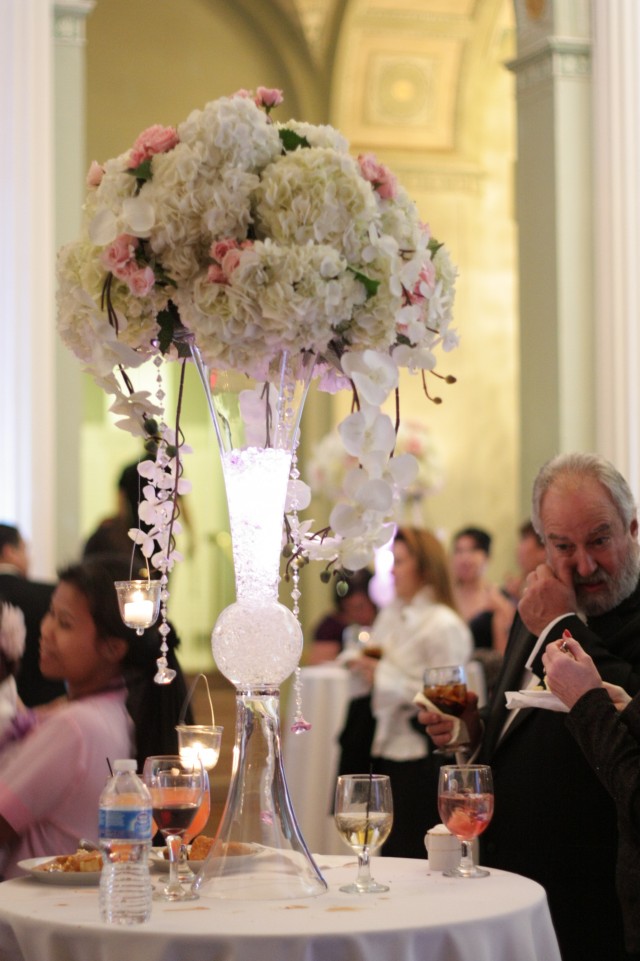 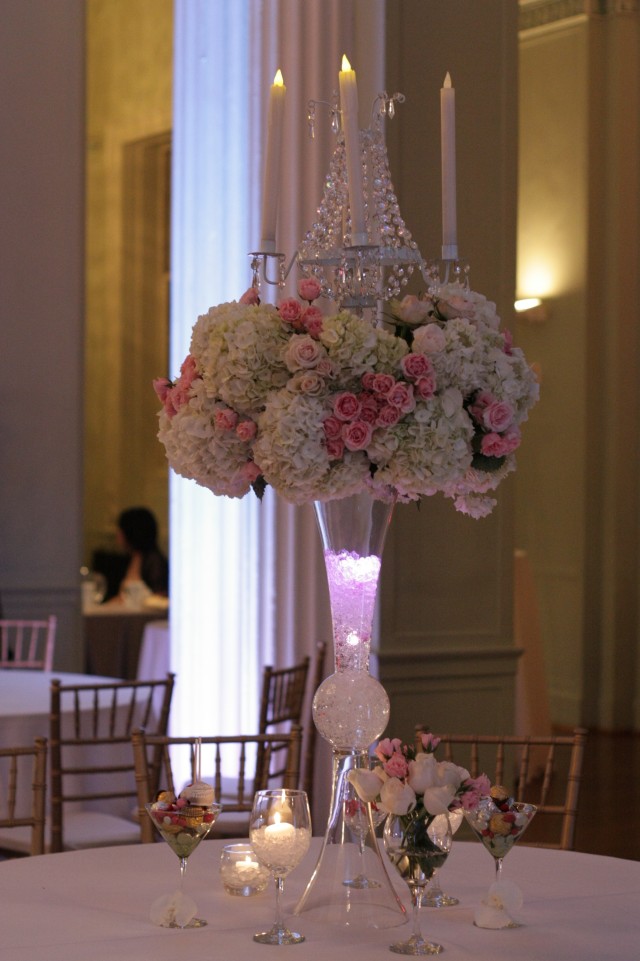 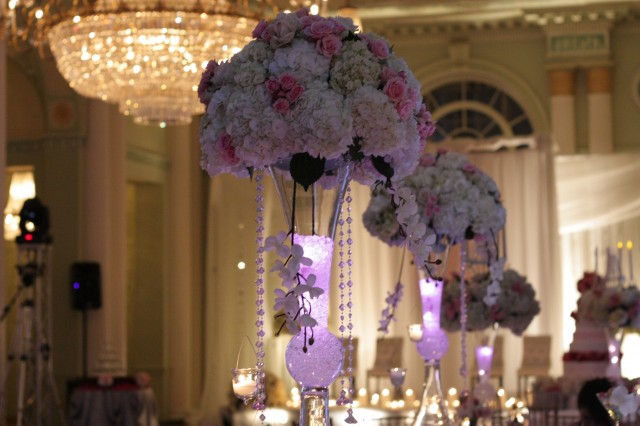 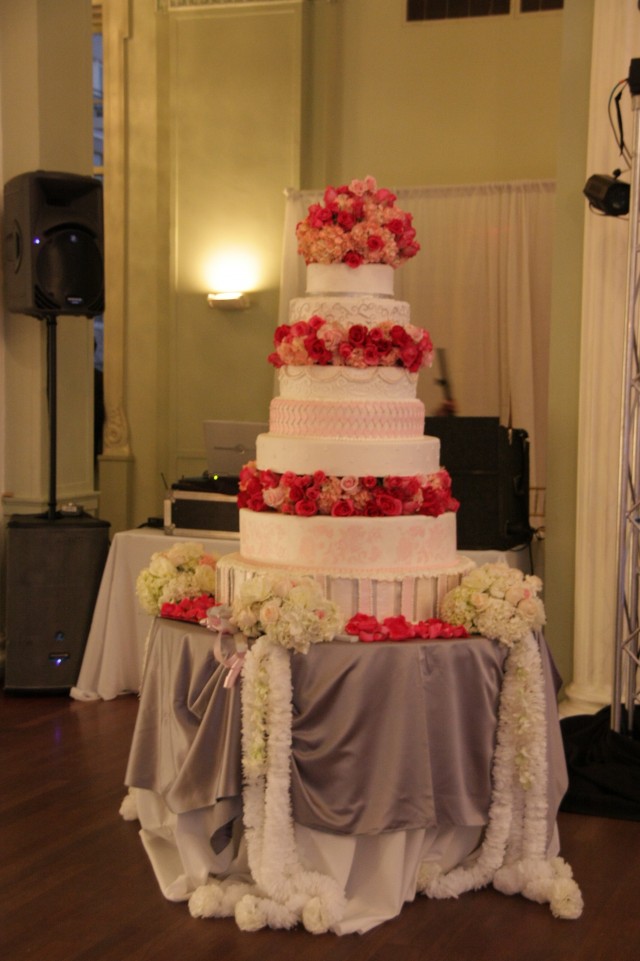 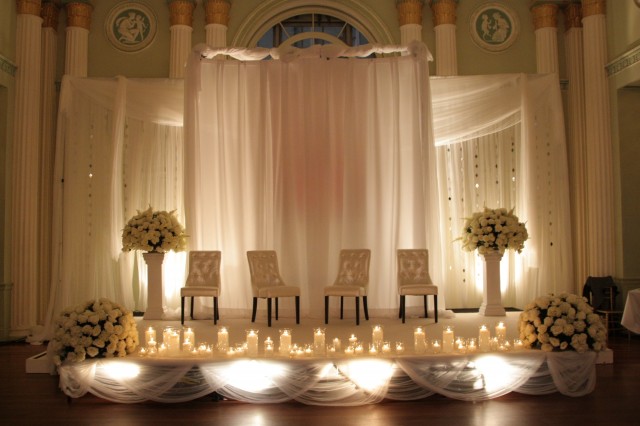 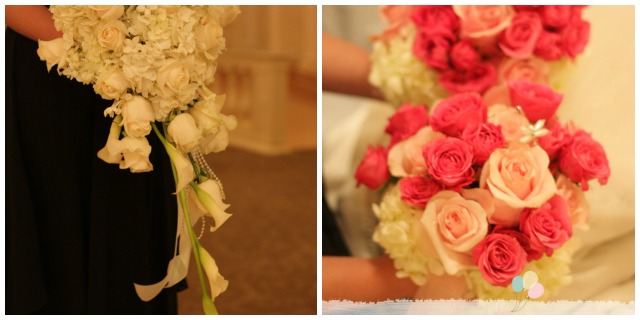