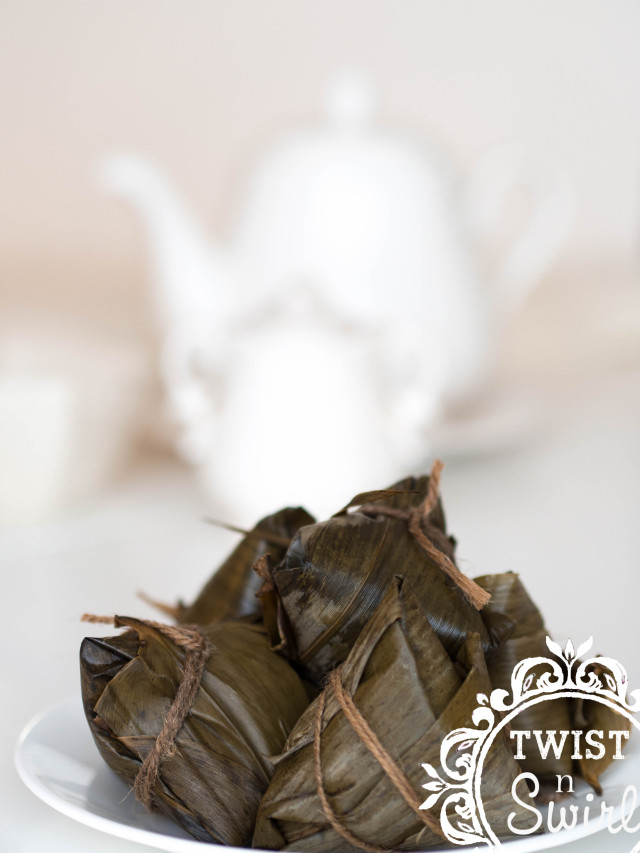 I remembered when my grandmother made this Chinese rice dumpling aka Bakcang.  All my aunties would gather in her house and help with the preparation.  I was 6 years old and wasn’t allowed to help.   20 years later, I learned to make my first Bakcang.  The preparation was very time consuming.  Throughout the time, I simplified the process. The part that I enjoyed the most is the wrapping.  It isn’t easy at the beginning, especially when I make it once a year, but after awhile it’s like a therapy for me.

Especially if I am entertained by thisclown. 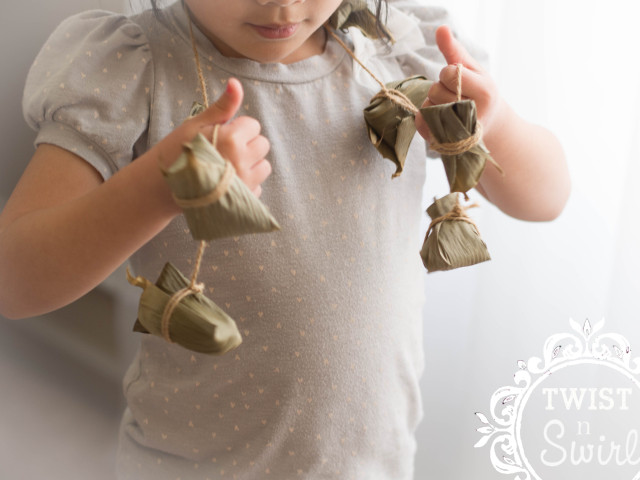 The main ingredients are glutinous rice, dried mushrooms, pork meat and garlic.  You might see variation of the fillings: peanuts, salted egg yolks, chicken or seafood.

My recipe is the most practical with yummy result.  I simplified the traditional 2 days preparation into 1 day from start to finish. 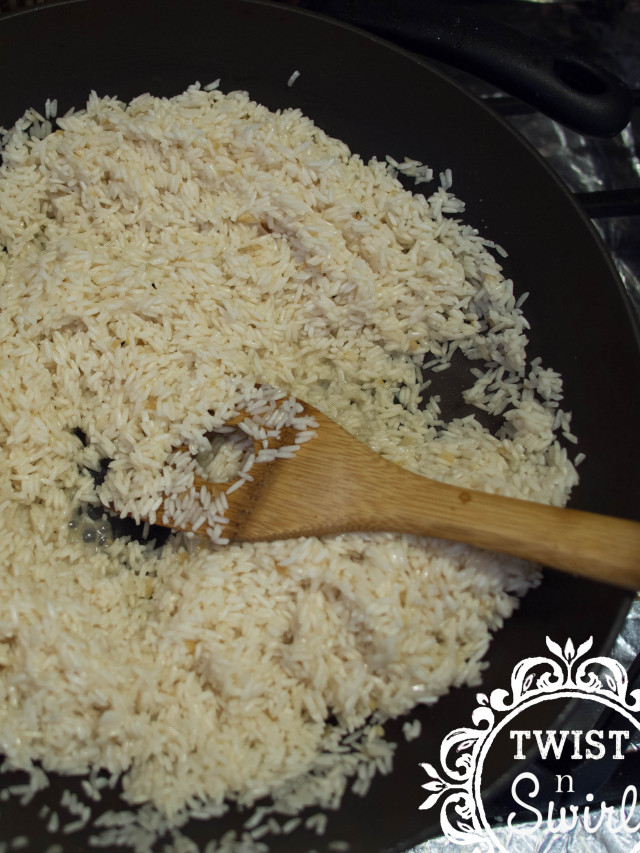 2 pound of glutinous rice, soak in water for an hour or two and drain

Heat oil in the wok.  Add chopped garlic and 1-2 T salt and stir-fry until fragrant

Stir fry until all ingredients are mixed. 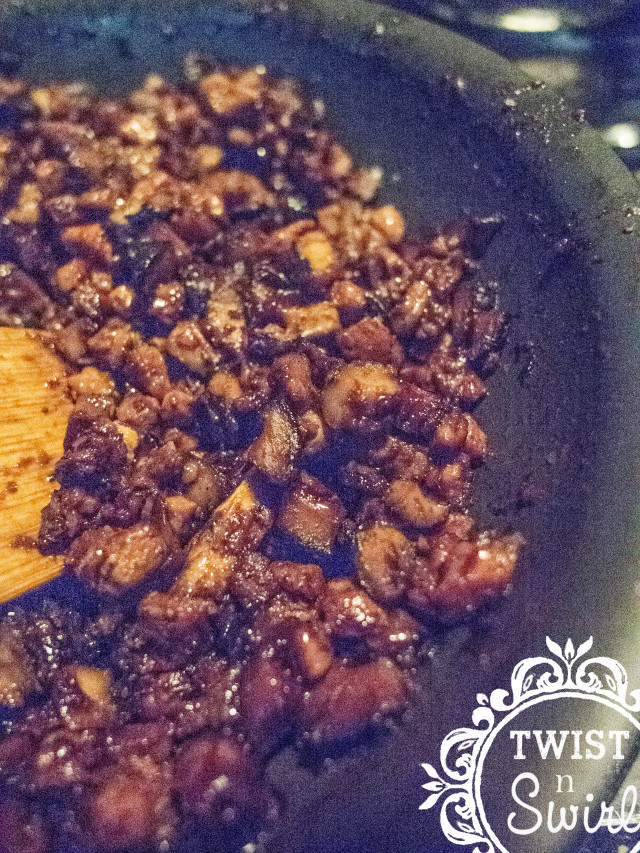 There are different ways of preparing the fillings.  After trying different recipes, this is the best to my taste.  The fillings should be very strong in taste because its taste will blend with the glutinous rice.

Heat oil in the wok. Add garlic and continue stirring with spatula until fragrant.

Stir-fry until all ingredients are evenly distributed. 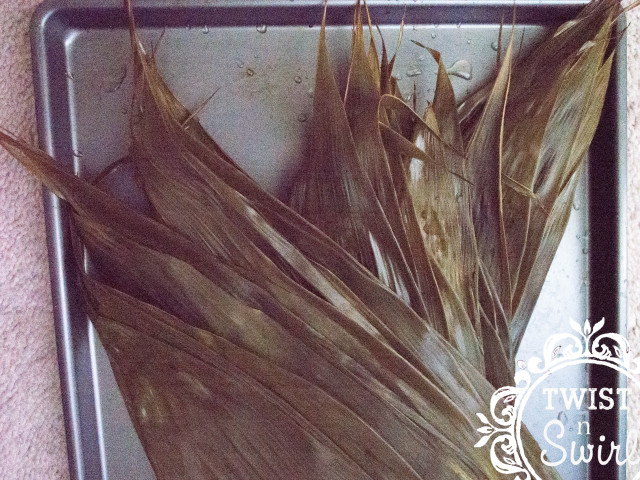 Boil water and remove from heat

Now that everything is done, let’s start the fun part: wrapping the Bakcang.

Note: you can prepare the glutinous rice and fillings a day before, and prepare the leaves before you are ready to wrap the bakcang.

There are 2 different  technique of wrapping the dumplings.  I tried both ways and although my way doesn’t make the prettiest dumpling but it’s the strongest. 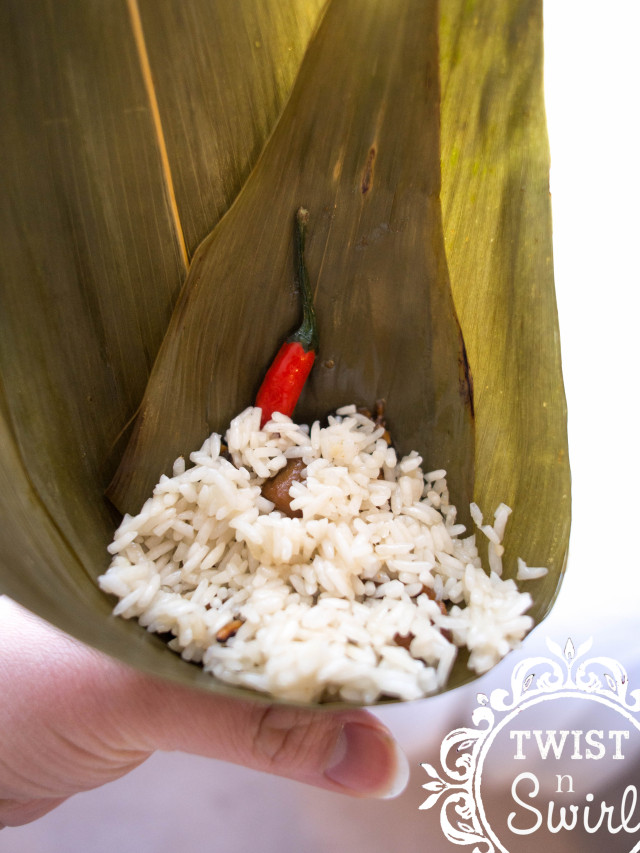 Fold the leaves right in the middle, forming a cone.  Hold cone with your left hand.  Put a couple table spoons of rice into the cone, make a hole right in the middle by using the back of your spoon.  Add filling and cover with rice again.  Don’t forget to add chili 🙂  Now that your cone is all filled up, flatten the top and let’s move to step 2. 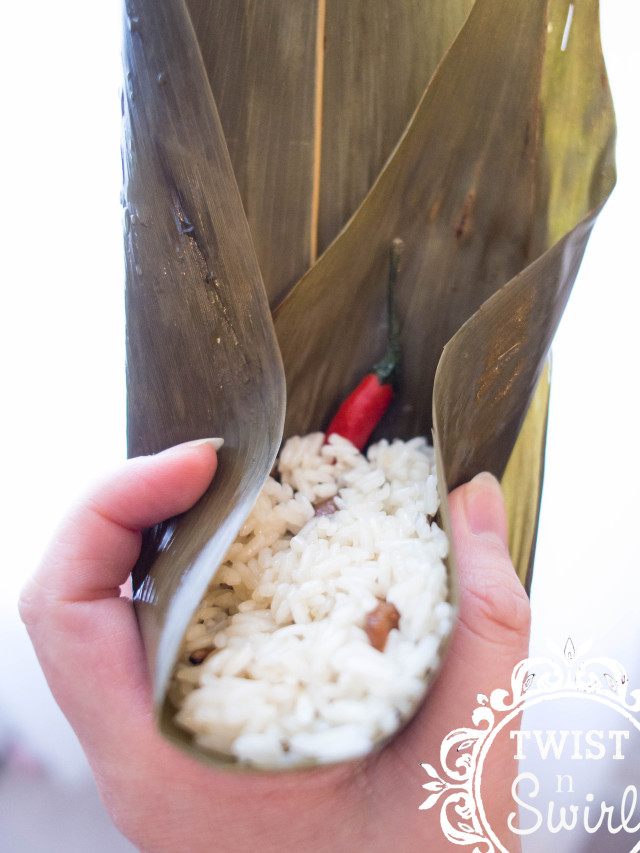 Remember I told you there are two techniques of wrapping bakcang?  My way is : Pinch both sides of the leaves. 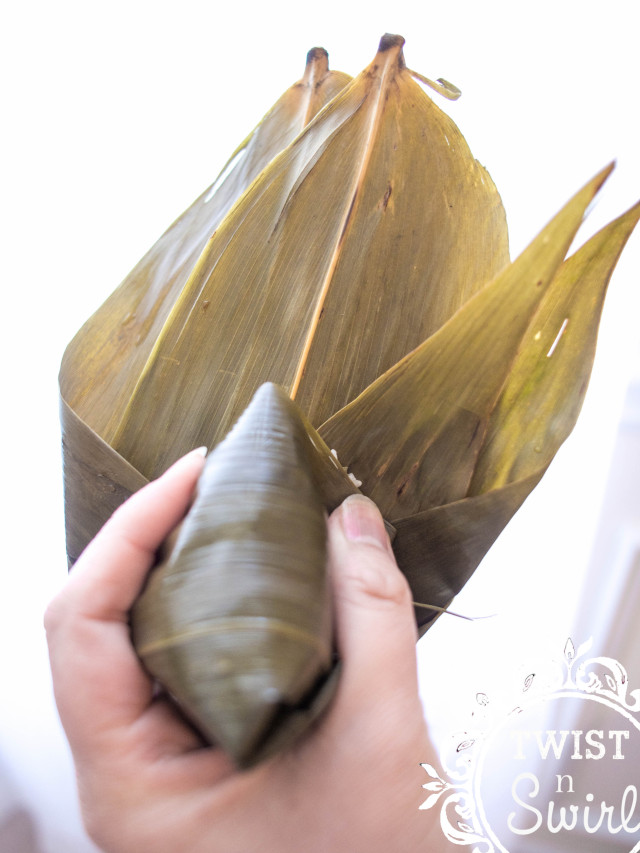 Fold the long leaves into the triangle and press hard. 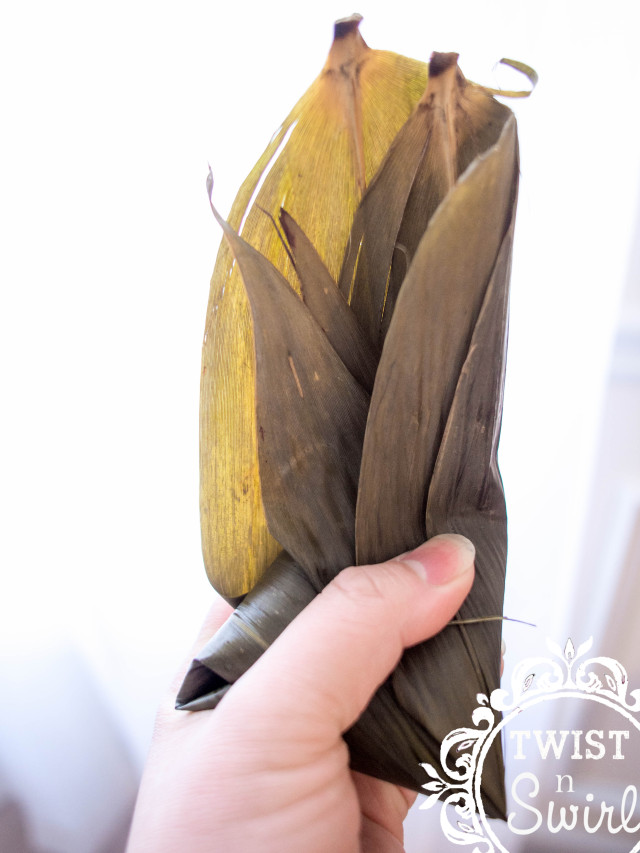 Gather the left over leaves. 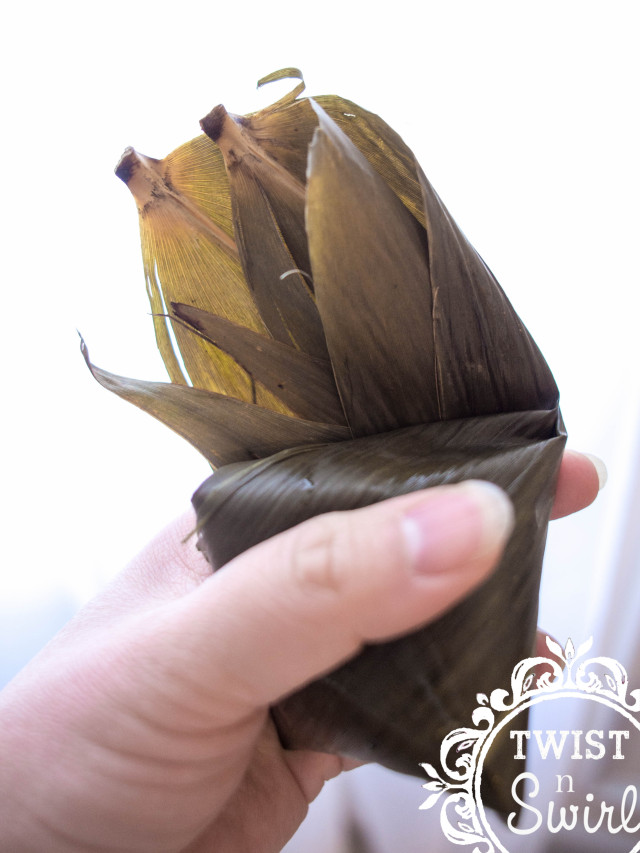 Fold the top to the right or left. 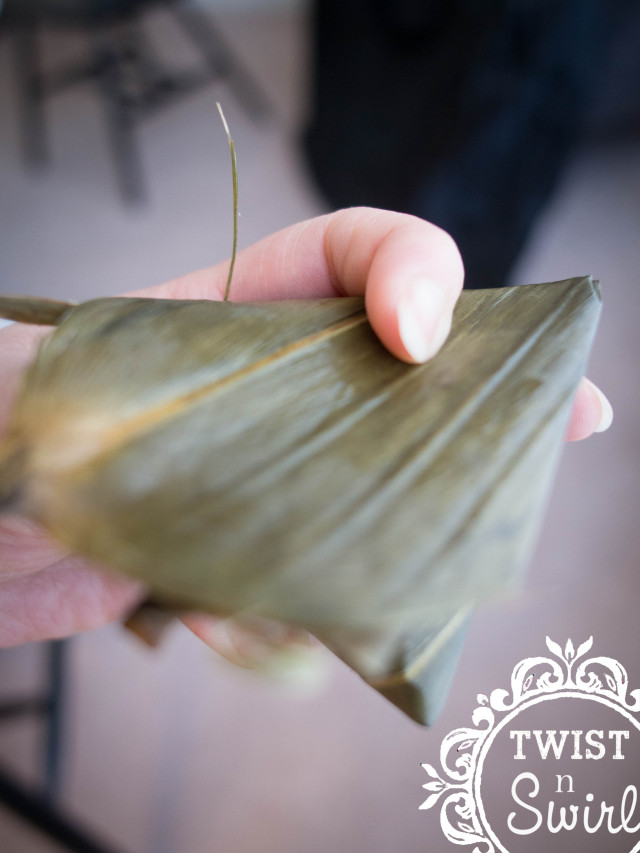 Press hard to get all the fillings nicely packed. 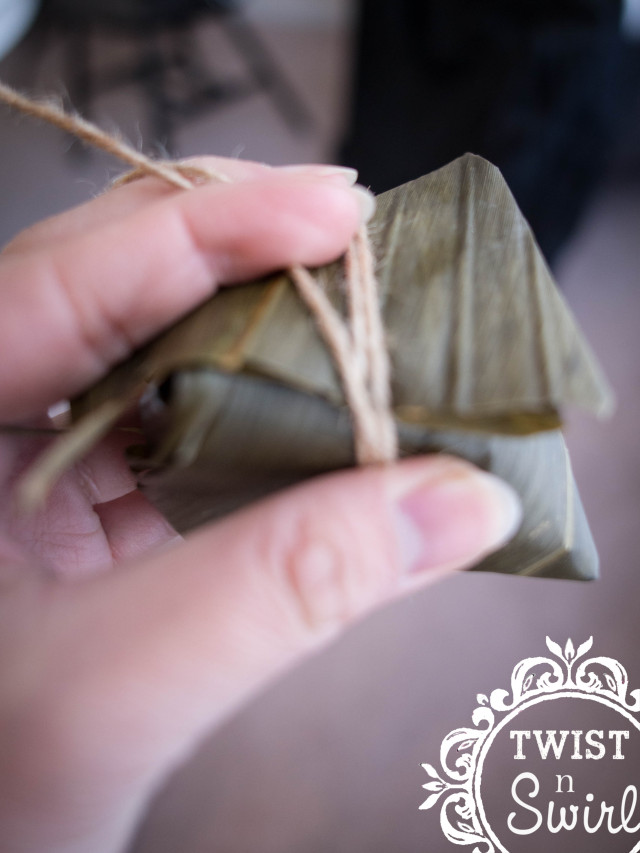 Tie the bakcang with a piece of string tightly. 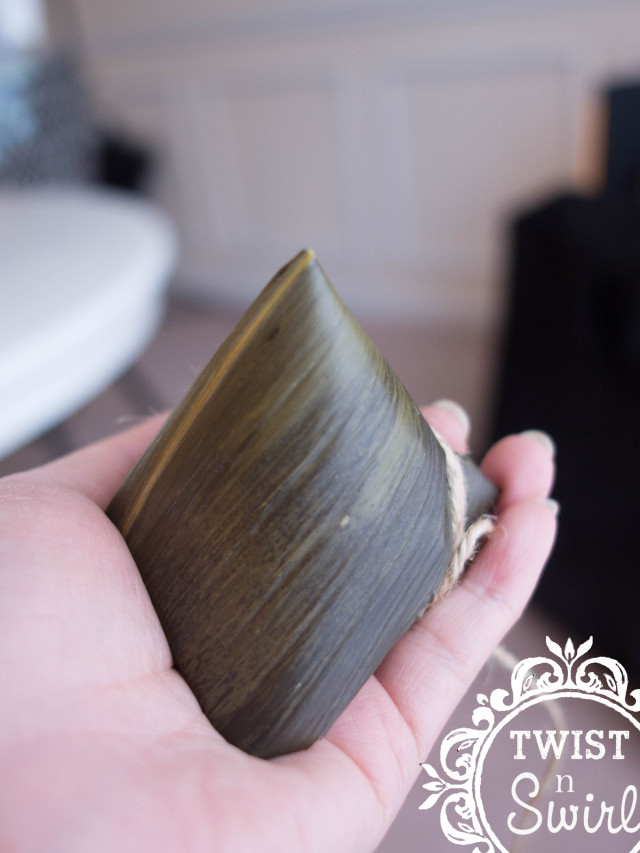 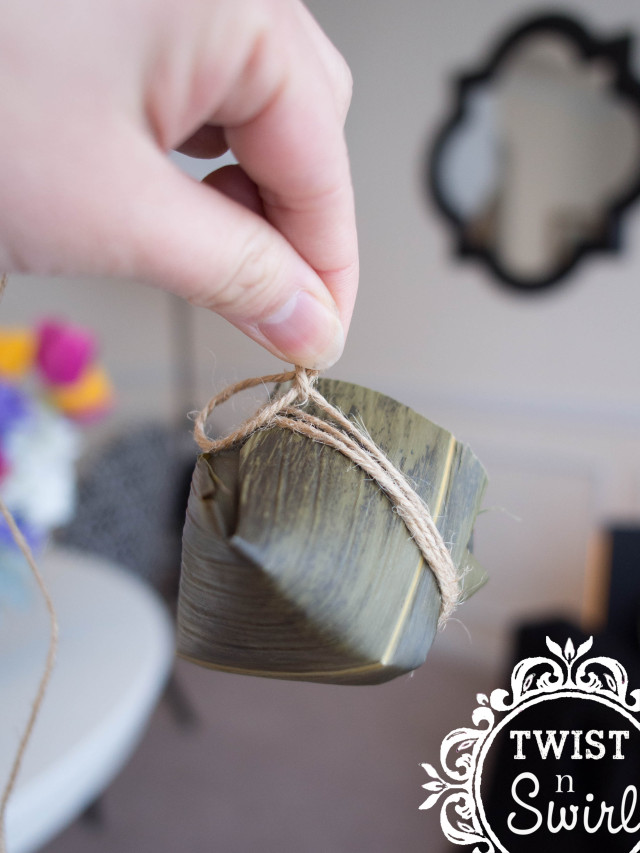 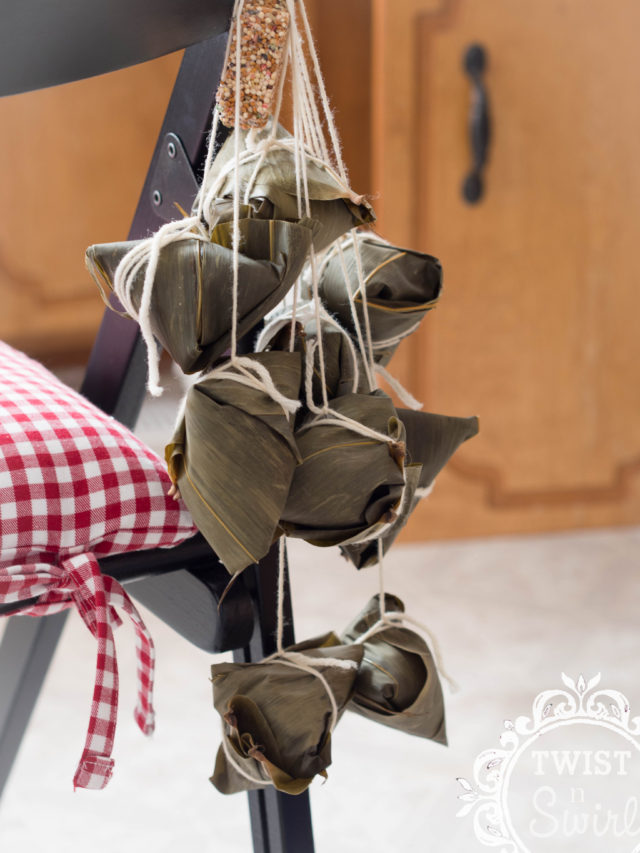 Boil a big pot of water and add bakcang into boiling water for minimum 2 hours, preferably 4-5 hours.  You can speed up the cooking time by using a pressure cooker too.  I use Salad master cooking pot, that’s why I can cut the boiling time to 2 hours. 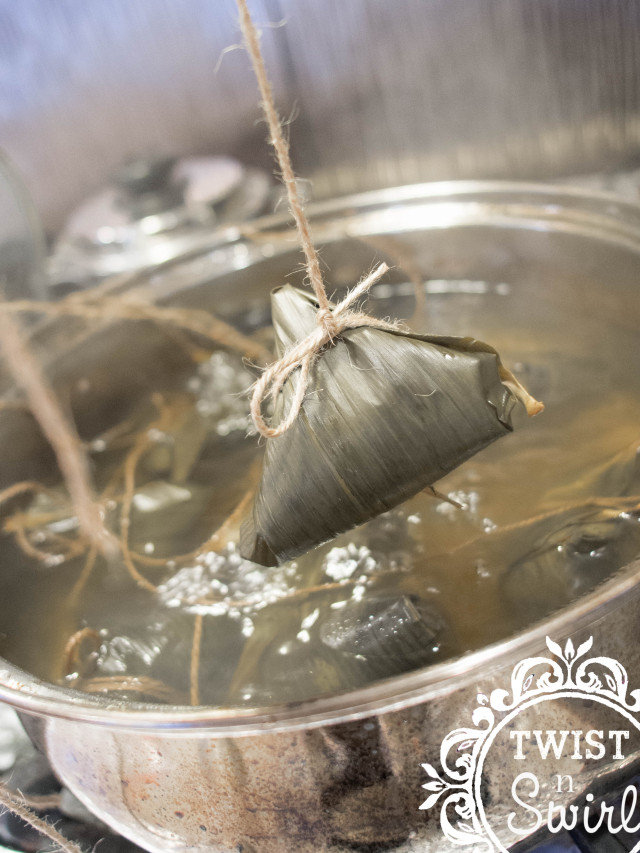 Remove from water and let drain. 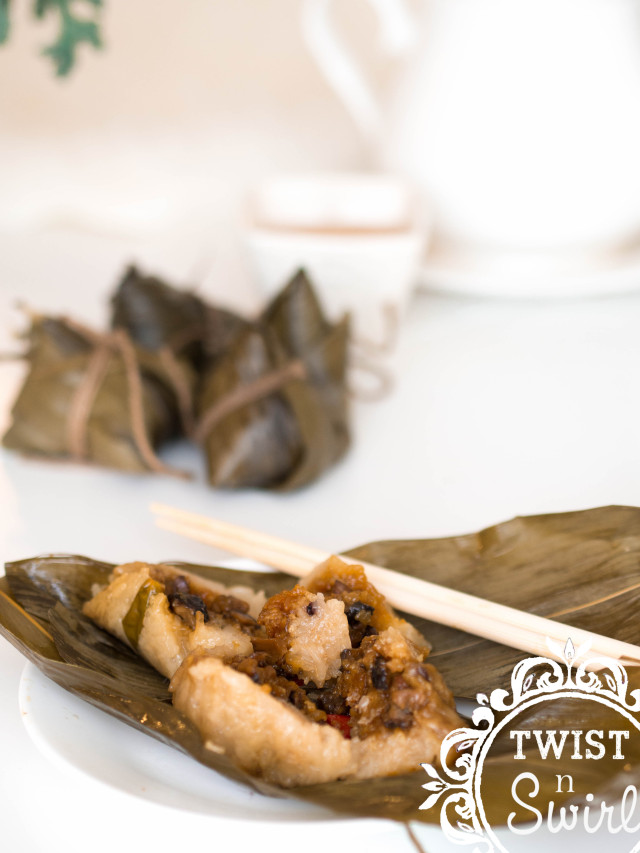 You can make lots of bakcang and freeze them.  It’s a good snack for lazy day.