{How to} get WAVE effect on a sea side style cake

Whats the best tip to use to get a wave for a sea side style cake ?

There are many illustration of waves: from the conventional to modern and abstract like of waves.   I love them all depending on what I am trying to accomplish and what accessories I’ll use on the cake.

The easiest technique to get wave illusion on a cake is by doing ‘Spackle-Like Swirl’.  No Wilton tip is needed.  Put lots of butter cream on the cake and use a spatula to create deep, spackle-like swirls into the surface of the frosting.  I would use mix c color of white, blue and a bit of darker blue butter cream to make the wave looks alive. 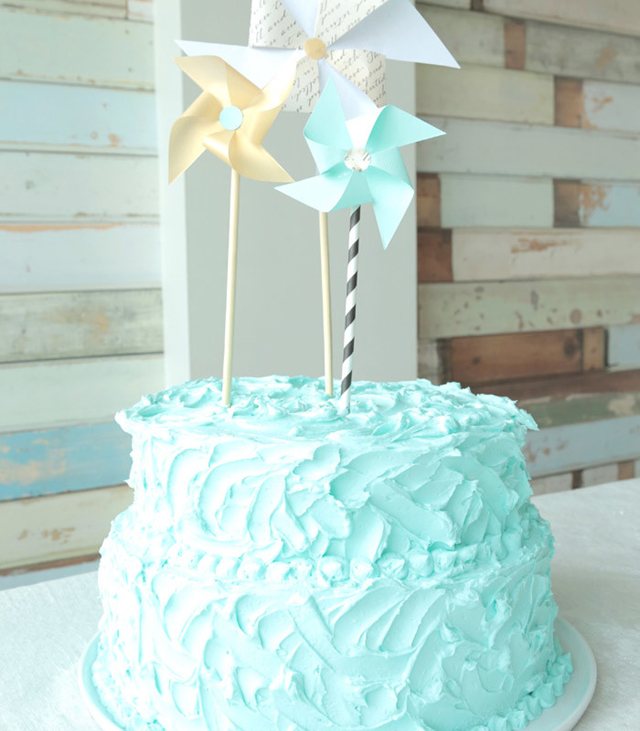 The next cake shows conventional waves effect that looks like real waves :).   This image is from The Sugary Shrink but there’s no tutorial on how to make the waves.  By looking at the strokes, you can use Wilton no 2D tip.  It’s the tip used to make ‘swirl’/’rosette’ to resemble a rose.  Compare the stroke of the waves on the blue cake and the roses on my pink cake.  I used Wilton no. 2D tip. 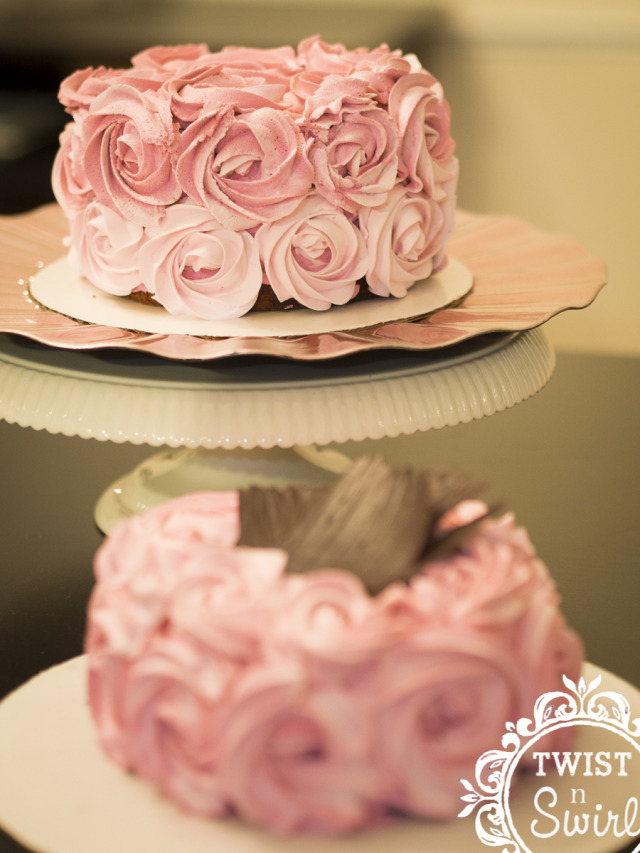 The third waves effect of my choice is the Petal cake.  It’s rather modern/abstract but hey, it’s an alternative :).  This look is accomplished by using Wilton #12 tip and a spatula or regular spoon.

It’s a big round tip to make dots on the cake, then you drop and drag your spatula/back of spoon in the middle of the dot.  I personally think it’s easier to use the back of spoon rather than spatula.  For more detail tutorial, visit The Hungry Housewife. 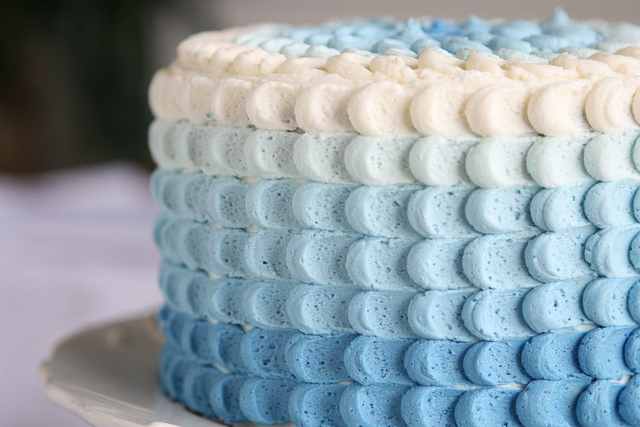 The next 2 pictures are ruffles cake using Wilton no. 103/104/125 tip depending on how big you want the waves.  I think the up facing ruffles resemble calm waves.  Don’t you agree?

When doing Up facing Ruffles, you start from the top  of the cake with the fat part of the tip touches the cake.  Watch this Butter cream Ruffle  YouTube video tutorial for better illustration. 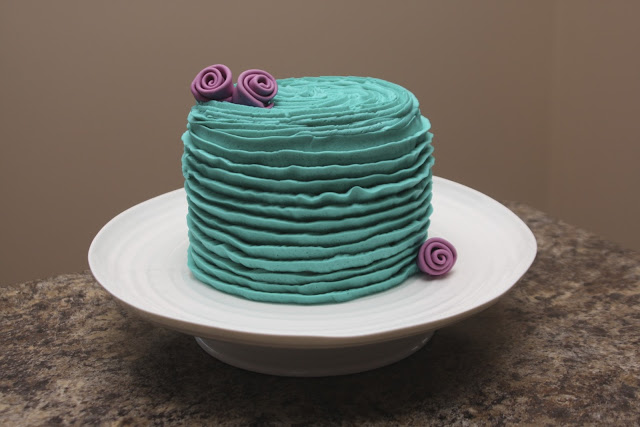 The last image is from Susie Homemaker MD.  She made the ruffles horizontally on an angle and they look like waves.  If you want your waves to stand out.  Just do some {not all} wave ruffles on the cake.

Again, It would be nice if you do an Ombre effect or random mixture of white, blue and a bit of darker blue to add liveliness of the waves. 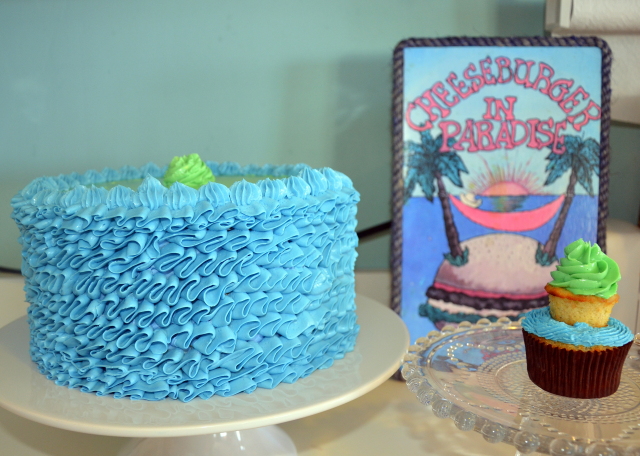 Which wave effect is your favorite?

Summer is three months away, I hope you are inspired to make a Sea Side theme cake this summer.

P.S.: Debra, I hope I answer your question on: Whats the best tip to use to get a wave for a sea side style cake ? Thank you for giving me idea of what to post.